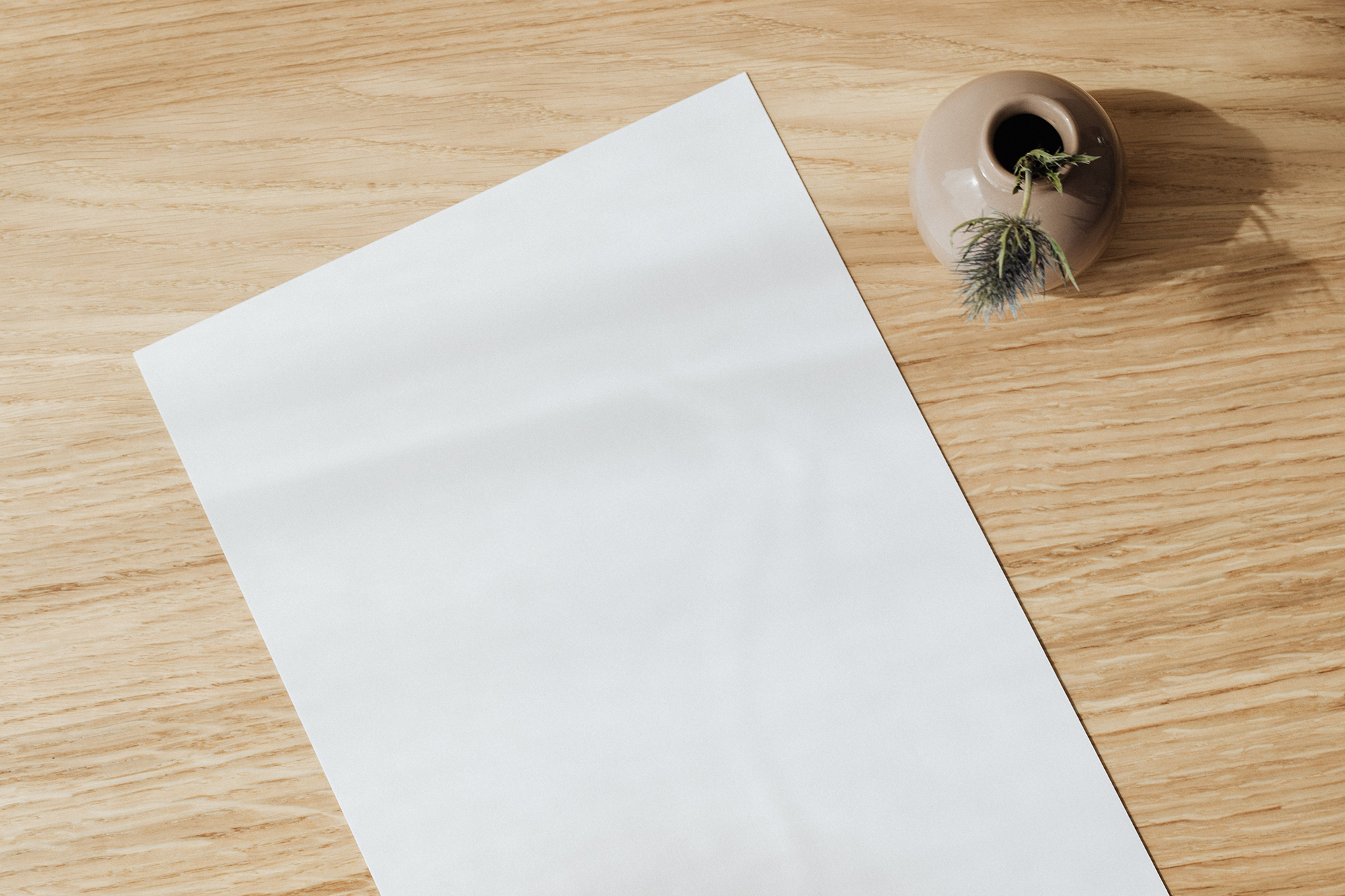 We can credit (or blame) the Dutch.

Back in the Netherlands of the 1660s, the Dutch invented the “two-sheet mold” for making paper by hand. A “vatman” would submerge this wooden-framed mold into a vat of paper pulp, then pull it out and let it dry into paper.

It’s said that the average two-arm stretch of these vatmen was 44 inches, which dictated the width of the mold. When you cut 44 inches in half two times, you get four sheets that measure 11 inches long.

As for the front-to-back measurement of the mold, the Dutch settled on 17 inches. The exact reason isn’t known, but it may have had something to do with how they applied their watermarks on the paper, or simply with maximizing efficiency. In any case, dividing 17 inches in half leaves you with two 8.5”x 11” sheets.

The dimensions of the Dutch two-sheet mold became the European (and eventually the American) standard. In fact, President Herbert Hoover played a role in setting this standard in 1921. As part of his initiative called Elimination of Waste in Industry, his committee on the Simplification of Paper Sizes officially adopted the Dutch standard.

By this time, most paper in America was being made by machine. But many handmade paper companies still existed, and this decision helped to keep them in business for a while longer.

If you’re wondering why we also have a “legal-size” paper that measures 8.5” x 14,” history is much more fuzzy. The popular belief is that lawyers needed a longer sheet to accommodate wordy contracts. But these days, 8.5” x 14” paper is much more popular among restaurant owners, who find it perfect for presenting their expansive and constantly changing menus.