Paper has always been good for business— even the movie business. 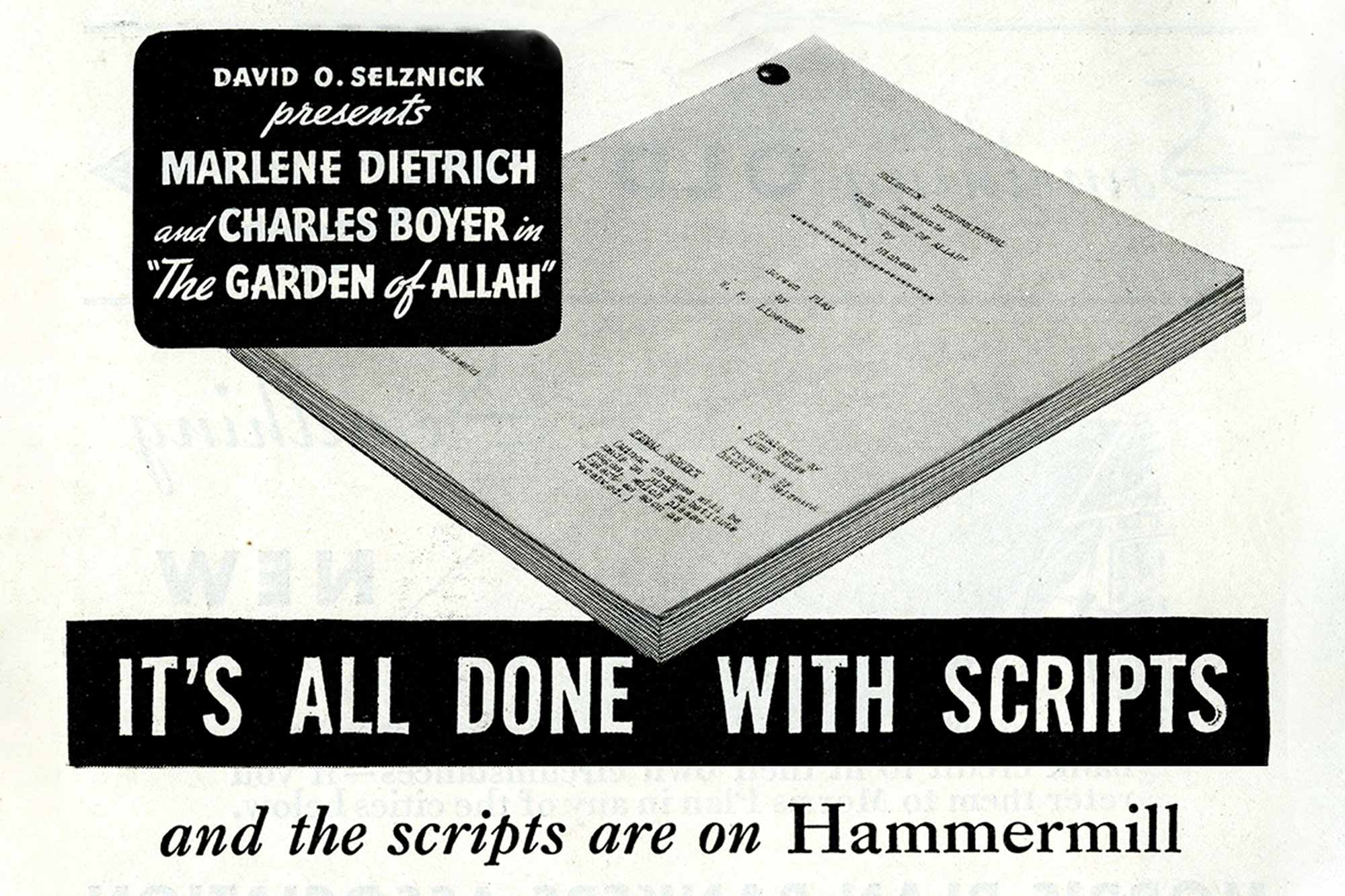 These days, we’re all watching movies at home. Thanks to a disaster movie-sized pandemic in real life, seeing movies in a theater is not an option.

But back in 1936, during the heart of Hollywood’s golden age, movie theaters were the place to be. And as this eye-catching Time magazine ad from that year points out, movie scripts were written on paper. Hammermill paper, to be more specific.

“When it comes to scripts, famous motion picture companies agree with large broadcasting chains. They must be produced quickly, neatly—with no smudging or blurring. A typical movie script is shown above. This particular script was wholly produced on Hammermill Paper, bound in Hammermill Cover.”

The script shown is titled The Garden of Allah, a sweeping desert love story featuring the sultry screen icon, Marlene Dietrich. And there she is, in desert-appropriate heels and a flowing gown.

But for all of its 30’s era charm, the most interesting thing about the ad might be this: It’s talking to a business audience. In fact, Hammermill includes a coupon for a free trial packet of paper. All the reader has to do is check a box indicating which “printing machine” is used in his or her office.

Hammermill has always been about business first, because paper has always made business work better. From briefs to reports to presentations, physical copies are often more practical than pixels on a screen.

Even today, when most screenwriters work on computer screens, the movie business needs paper. For example, imagine how much less dramatic the Oscar-winning intro, “And the winner is,” would be without the envelope and the card stock hiding inside, waiting to be revealed. A starring role for paper indeed.

With our 99.99% JAM-FREE® Guarantee, our paper is made right for your business. Because it’s sourced from sustainably-sourced tree farms and forests, it’s also made right for the planet. It’s even made right here in the U.S. Bottom line? You can feel good about choosing Hammermill paper.