The Man Who Elevated Paperweights to an Art Form 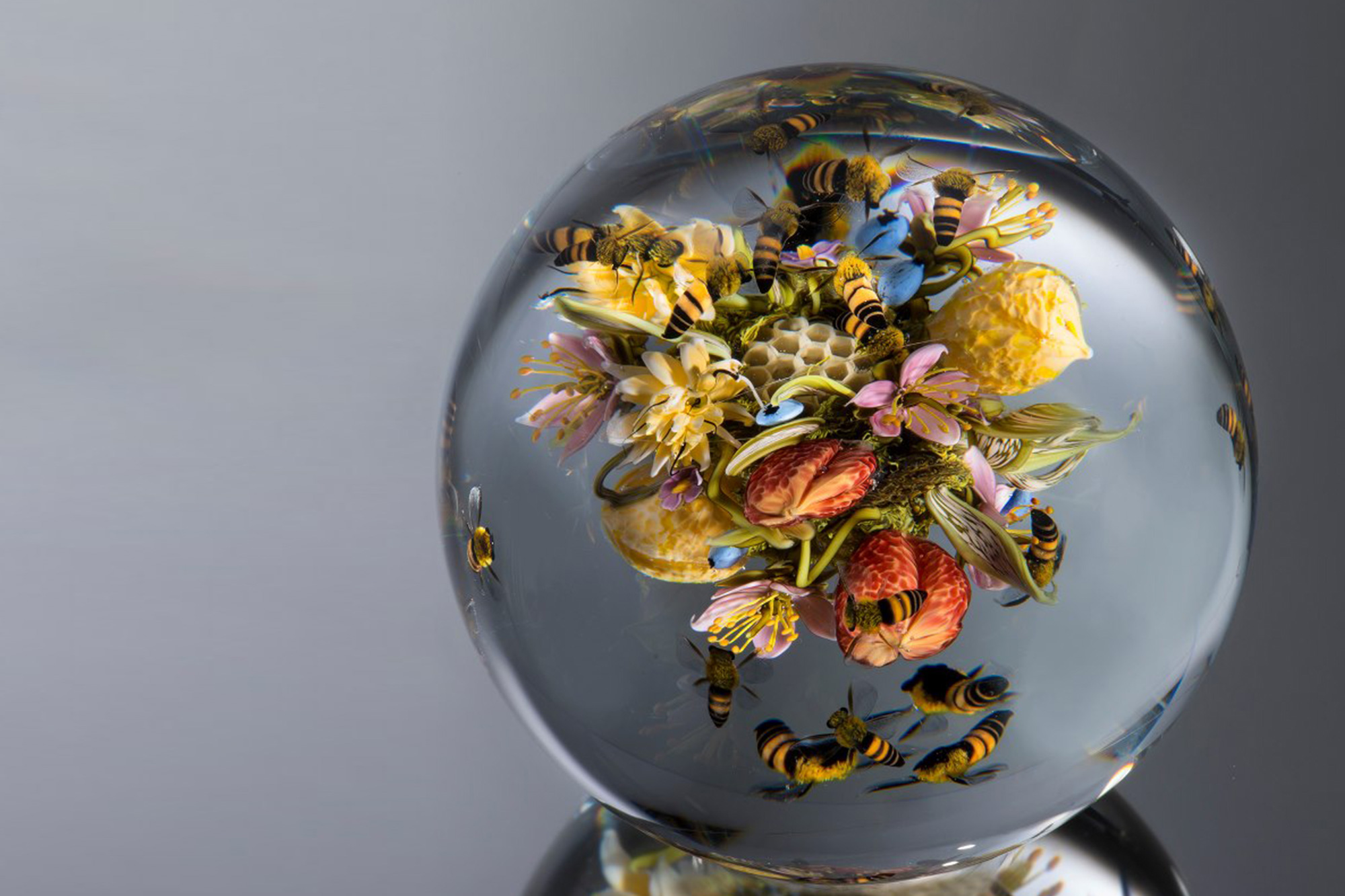 Never mind the fact that you can use a cell phone, an apple, or even a rock to hold down any papers you may have on your desk. You still have to appreciate the artistry and craftsmanship that goes into the paperweights created by Paul Stankard.

Never heard of him? Let’s correct that right now.

Paul Stankard was born in 1943. As a boy, his teachers thought he was slow. He lived down to their expectations, graduating at the bottom of his high school class. Nobody knew at the time, not even Paul himself, that he suffered from dyslexia.

After graduation, Paul studied glassblowing at a local technical college, then worked for 10 years crafting complex glass instruments for chemists. He was very good at what he did and was making a living, but it didn’t satisfy his creative side. 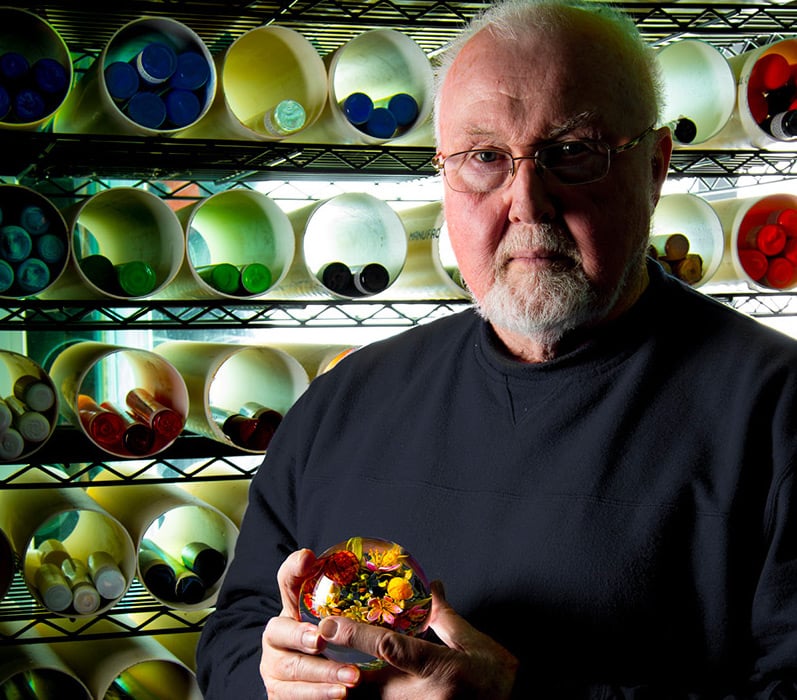 So in 1969, Paul set up a torch in his garage and started experimenting with paperweights. Inspired by the poetry of Walt Whitman and Emily Dickinson, he envisioned encasing flowers in glass. He taught himself to make glass-blown flowers and bees so botanically accurate, most people are convinced they’re real.

Eventually Paul began selling his “floral inset” paperweights at craft shows, where he was discovered by an art dealer.

In 1972, the art dealer convinced Paul to quit his job and become a full-time paperweight maker. Apparently, Paul thought this was a fine idea. To his own surprise the decision paid off, both in terms of Paul’s creative satisfaction and his financial well-being.

Today, Paul’s paperweights are featured in 60 museums around the world, including the Smithsonian, the Met, and the Louvre. His work regularly sells for thousands of dollars. And at 77 years old, he is recognized internationally as a living master of the glass-blown paperweight.

Of course, you can still hold down your papers with a cell phone if you want to.

With our 99.99% JAM-FREE® Guarantee, our paper is made right for your business. Because it’s sourced from sustainably-sourced tree farms and forests, it’s also made right for the planet. It’s even made right here in the U.S. Bottom line? You can feel good about choosing Hammermill paper.